Definition of Link and Association

Link defines the relationship between two or more objects and a link is considered as an instance of an association. This means an association is a group of links that relates objects from the same classes. This can be easily understood with the help of an example.

Let us take the two classes Person and Company. Now there is an association relation between these two classes. Let’s say a person may own stock in zero or more companies. And it can be related in reverse that a company may have several persons owing its stock.

The object diagram below shows the links between the objects of person and company class. 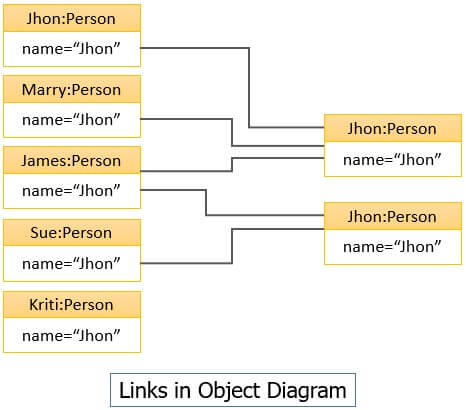 The class diagram below shows the association between the person and the company class. Both link and association are represented with a line in UML notation.

Association name is the name that reveals the kind of relation between the classes. While modelling, it not mandatory to name the association until it is unambiguous. Multiple associations between the same classes then it might create confusion.

If we name the association as Employs then we will navigate as a company employs a person i.e. this association connects a company to a Person. It is optional while modelling but if applied it prevents confusion.

Considering the binary association, every end of the association refers to an object or a set of objects associated with its respective source object. 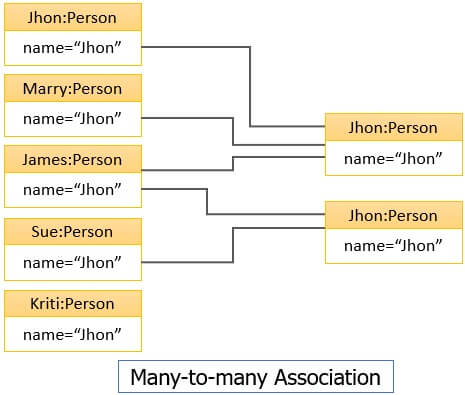 The figure below shows the one-to-one multiplicity. 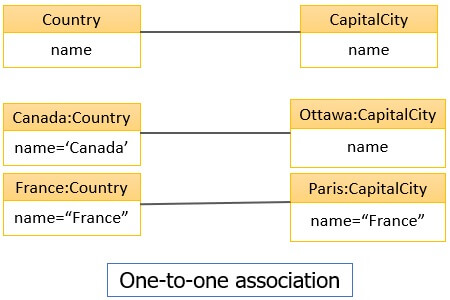 In case we have objects with ‘many’ associated ends and there is no order then we can consider it as a set. But sometimes the occurrence of objects has an explicit order. For example, consider the example below.

On one screen there can be multiple windows overlapped. The occurrence of each window on the screen is at most once. The window at the top is visible to the user.

As we have seen earlier in a binary association, the association between two objects is represented by a single link. But when the object from the same classes has multiple associations then you can represent it with multiple links between the pair of objects of same associated classes. You can do this by writing the “{bag}” or “sequence” at the association end.

The only difference between sequence and ordered is that the sequence allows duplicates whereas ordered don’t. 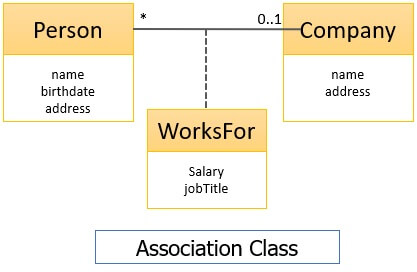 So, this is all about the link and association which describes the relationship between the objects and classes in the class model. It helps in figuring out the adequacy