A class model prepares the platform for the other two models i.e. the state model and interaction model. Class model is considered important as it represents the graphical representation of the entire system and helps in analysis while communicating with the customers.

The motive behind constructing the class model is to concentrate on those concepts of real world that are important from the application point of view. In this section, we will discuss the class model along with its elements like the objects, classes, links and association between the classes.

Every object is distinctly identified in the system, even though they have the same attribute values and share the same functions. Consider two bikes that are of the same company, same model, same features and even have the same colour. Still, two bikes are two different instances of the same class and have an individual identity. 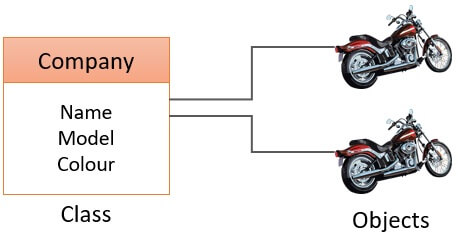 We can define a class as a group of objects possessing the same attributes and the same operations. An object is said to be an instance or an occurrence of the class. To understand this in a better way consider a class Person. Look at the image below you can observe, two objects of the class person i.e. Joe and Smith. They share the same attributes such as name, city and same operation such as change-city, change-job. 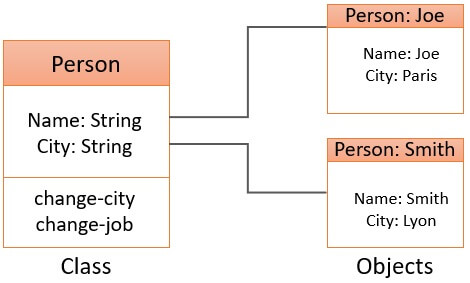 Generally, a class is always a common noun or a noun phrase that is derived from the problem statement provided to develop the system. Objects in the class can be distinguished identically on the basis of their attribute values although two objects from the same class can have all attributes values same.

Whenever the class is derived from the problem statement, choice of its properties (attributes) and behaviour (operation) depends upon the purpose of the application while the rest properties and functions are ignored.

Let us suppose, a company has several people then they all will be classified to a class employee. Now consider a shopping centre here the people will be classified into two different classes employee and customer. So, the interpretation of the classes depends on the purpose of the application.

The class model is represented using the class diagram which is the graphical representation of the classes and their relationship with each other. It also describes the possible objects for each class.

Relationship Between Objects and Classes 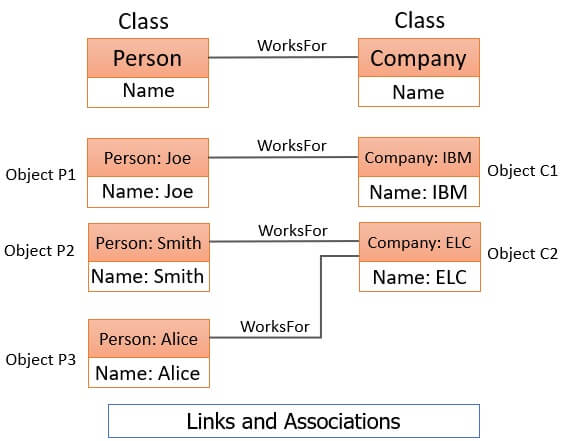 Generalization is referred to as ‘is-a’ relationship. The concept of generalization organizes the classes in a hierarchy where the subclasses inherit the features of superclass. 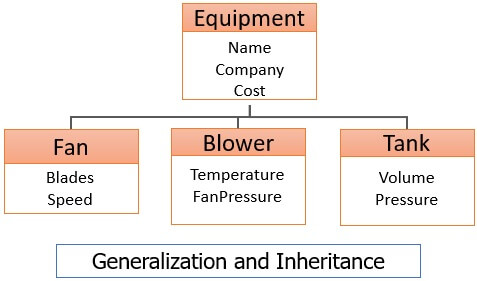 So, this is all about the class model which is the graphical representation that incorporates objects, classes, the relation between objects and classes.