In this section, we will discuss the finite automata, their types, how can we convert them into regular expressions and vice versa. Ahead we will learn to minimize finite automata, about their limitations and their advantages.

What are Finite Automata in Compiler Design?

Finite automata is a finite state machine that acts as a recognizer for a language. When it is provided with an input string it accepts or rejects the string based on whether the string is from the language or not.

There are two kind of FA:

In deterministic finite automata in response to a single input alphabet, the state transits to only one state. In DFA, no null moves are accepted.

The DFA have five tuples as discussed below: 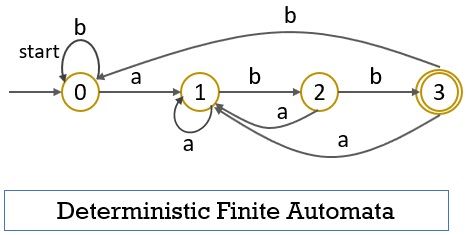 In the above example of DFA, you can notice that with a single input ‘a’ state ‘0’ transit t only one state ‘1’. The transition table for the above DFA is as below: 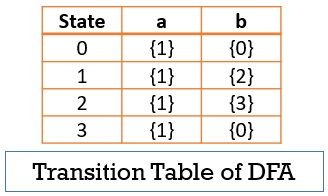 In non-deterministic finite automata, in response to a single input alphabet, a state may transit to more than one state. The NFA also accept the NULL move.

In the above example of NFA, you can notice that the state ‘0’ with the input symbol ‘a’ can either transit to itself or to state ‘1’.  Now let us create a transition table for the NFA above. 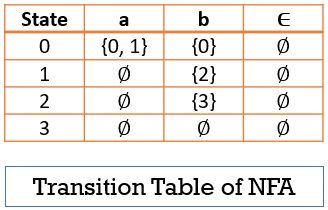 What is Regular Expression?

Now, let us first learn to convert finite automata to the regular expression:

There are two methods to convert finite automata to the regular expression:

For explanation, we will be only discussing the state elimination method.

Here we will discuss the conversion of DFA to regular expression

Step 3: There should be only one final state in any automata. If multiple final states exist, they all must be converted to a non-final state and we must create a new final state.

Step 4: Eliminate all the intermediate states such that there will only be one initial state and one final state.

Let us take a finite automaton:

Step 2: As the final state has an outgoing edge then we have to create a new final state.

Step 3: Now you have to start eliminating the intermediate states so we have initially eliminated state ‘0’.

Now let us take a regular expression (a+ba)*ba and we will learn to convert it to finite automata. 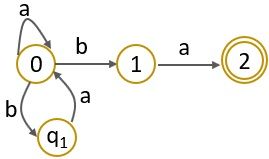 The concept of FA  can be explained with the help of a block diagram as shown in the figure below: 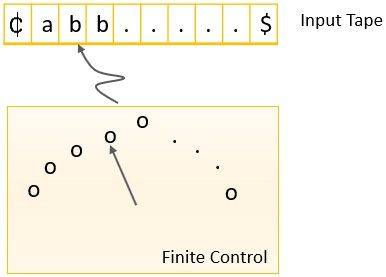 Let us discuss the components of the block diagram of FA :

Minimization of DFA is reducing the DFA to minimum states and keeping it equivalent to the provided DFA. The FA must be containing some redundant states which unnecessarily increases the size of automata. Thus, it is essential to minimize the finite automata.

We will minimize the finite automata shown in the diagram below:

Step 1: In the automata above you can notice that the state ‘2’ is unreachable so we will first remove state ‘2’.

Step 2: Next, we have to create a transition diagram for the automata. 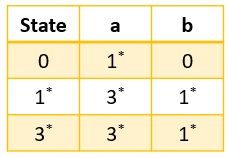 Step 4: As the set with final states has two equivalent rows leading to this we can merge states ‘1,3’.

Step 5: The final minimized finite automata are as follow:

So, this is all about the finite automata, its type, its conversion to regular expression and vice versa, its minimization, its limitations and applications.