The fork() and exec() are the system calls that are used for controlling processes. Both are used to create a new process where the process is the program in execution. The fork() system call when invoked by any process creates a new duplicate child process of the invoking process.

However, the exec() system call when invoked by any process replaces the invoking process along with all its threads by the process specified to it in its parameter.

In the section ahead we will discuss a few more differences between fork() and exec(). Along with that, we will also discuss both the terms separately in order to get a brief idea of both the system calls.


What is the fork() System Call? 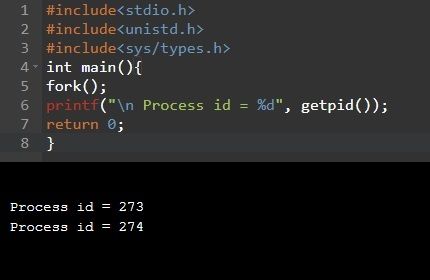 If the fork has successfully created a child then the value its return would be 0 and if the fork() execution failed then it returns a negative value. For the parent process, fork() returns the process identifier of its child process.

To understand the working of fork() system call observe the code below: 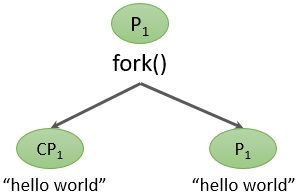 Now what if we have fork() instruction is two times in the code above i.e.

In this case, execution would take place in this manner. 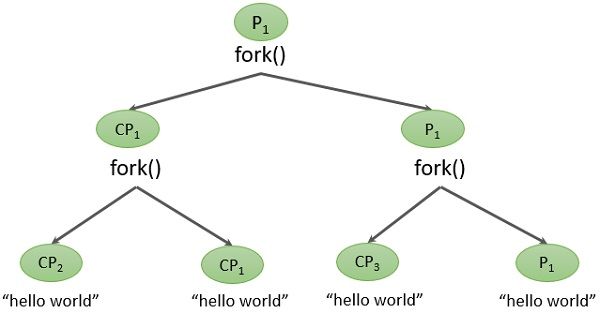 What is exec() System Call?

There are most of the cases where the child needs to execute the different program like that of the parent. So, by invoking the exec() system call a new program starts its execution in the context of the existing program.

Now, consider we have two program files prog1 and prog2. We will start executing prog1 and we will see how we can use exec() system call to replace the prog1 with prog2. Below you have the code for prog1.c.

The figure below shows the code for prog2.c.

On executing prog1.c we get the result as you can see below:

There are few versions of exec() system call including execl, execv, execle, and execve, that allow the parameters to be omitted or specified in various other ways.

So, we have discussed both fork() and exec() system call where both are used to create a new process in the system and we have also discussed how do they differ from each other in various ways. You can make use of exec() system call after the execution of fork() system call just to make parent and child process to go their separate way.