Modularity specifies the separation of concerned ‘components’ of the software which can be addressed and named separately. These separated components are referred to as ‘modules’. These modules can be integrated to satisfy the requirement of other software.

In this context, we will be discussing the concept of modularity in software design, why do we require modularity, classification of the components. We will wind up our discussion with the relevant terms coupling and cohesion along with the benefits of modularity.

Modularity can be defined as a mechanism where a complex system is divided into several components that are referred to as ‘modules’. Now, whenever a customer requests to develop software we can use or integrate these modules to develop new software.

The required modules can be selected and integrated to develop new software in this way, we can customize the software according to users need.

Consider an example, we all have been playing Legos to build different structures. Here we have several components i.e. blocks which we integrate to build the structure that we want to.

Similarly, we can break the complex codes into different components and using or integrating those components you can create a new program to develop new software.

Consider that if we have to divide an automobile into several subsystems then the components or subsystems would be: engines, breaks, wheels, chassis etc. 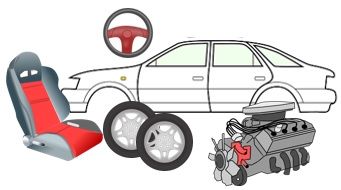 Here you can observe all the subsystems are independents of each other as much as possible. And these components can be integrated to design a new automobile.

To understand the importance of modularity, consider that we have a monolithic software that has a large program including a single module. Now if we ask any software engineer to understand this large program, then it is not that easy for him to do so.

There will be a lot of local variables, global variables their span of reference, several control paths etc. This will increase the complexity of the large program making it hard to digest. As a solution to this, the large program must be divided into several components or modules as it will become easy to understand the modules.

Important: If you subdivide software into infinite components or modules it will reduce the efforts required to develop software. But this is going to revert somewhere.

As we are saying that effort or the developing cost will get reduced with the increase in modules. But as the number, if modules get increased, the cost required to integrate the several modules also get increased.

So, you must be careful while modularizing the software. The software should neither be left as un-modularized nor it must be over-modularized.

Now, with modularity when you try to develop software using the modules that are independent of each other and has very few references to each other then you have to be conscious at all the stages of software development such as:

If you have created modularity in the architectural design of the software it becomes easy to figure out and design the individual components. The modular components have a well-defined purpose and they have a few connections with the other components.

If the components are designed using modularity then it becomes easy to track them down. You can easily debug which component is responsible for the error.

Once the components are integrated to develop software it becomes almost impossible to test the entire software at once. Testing one component at a time is much easier.

Maintenance is a process of fixing or enhancing the system, to perform according to users need. Here also modularity plays a vital role. As making changes to a module must not affect another connected module in the system.

Software is never developed by one person. There is a team of people who develop the software in terms of modules and components. Each person in a team is assigned to develop an individual component that’s why they also have to take care that the interfaces between the components are few and all of them are clear.

Good modularity makes you reuse the component of the earlier software. The reusable components must:

As modularity speaks of dividing a system into subsystems, components or modules. The components of software can be classified into: 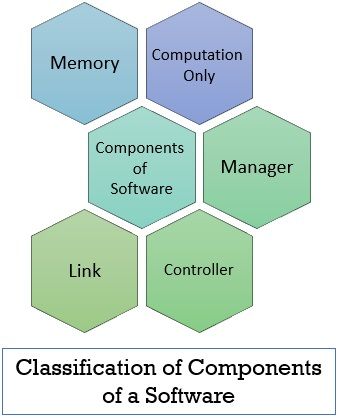 Though this is the general classification of any software it provides a guide to the developer to create modularity straight away from the architectural design of the software.

Coupling and cohesion are the terms that we come across when we study the interaction between the components or within the component of the software.

As we have seen above that any software that we develop is developed by integrating several components that satisfy the user’s requirement.

So, this is all about modularity in software engineering. We have seen the importance of modularity and how it can be used to develop efficient software. We have also learned about the term cohesion and coupling plays an important role in creating good modularity and we have ended up discussing the benefits of modularity.