What is an Assembler in System Programming?

What is Assembly Language?

What is Machine Language?

Machine language is a language that can directly communicate with the hardware of your computer. The language includes strings of 0s and 1s, which are binary digits or bits. However, it is difficult for users to understand machine language.

Certainly, after analyzing the assembly code, the assembler generates the target code.

How Does Assembler Work?

If the assembler is one pass assembler, then it would perform the entire conversion of assembly code to machine code in a single pass or single scan.

If the assembler is a two-pass assembler, then in the first pass, the assembler generates a symbol table. Consequently, in the second pass, it generates the machine code. Let us understand the working with the help of an example.

Consider an assembly language code that will be provided to the assembler.

Now in the first pass, when the assembler scans the assembly code above. It defines symbols and literals, traces the location counter and processes pseudo instructions. So, the intermediate code generated after first-pass is: 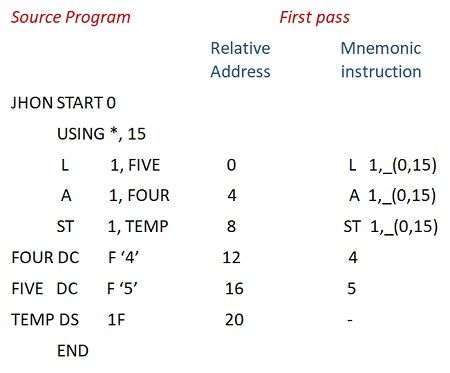 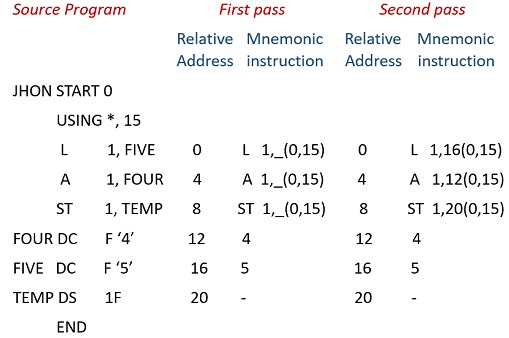