In this section, we will discuss the cases when to use ARP services. We will also discuss the working of ARP and the packet format of ARP in brief.

When the services of ARP are used?

Consider a host who wants to send a data packet to another host in a global network. Then the host must have the IP address of the corresponding receiver.

Thus ARP facilitates in resolving the receiver IP address to its MAC address.

Four scenarios where we need the services of ARP protocol:

Case 4: A router has received a data packet destined to the host in the ‘same network’ as the router. Here, the router will send an ARP request packet to the destined host requesting its MAC address.

So, these are the scenarios where we need ARP.

Whenever a host has to send a packet to any other host it knows the target hosts IP address. You must be wondering;

How does a sender host know the IP address of the destination host?

A host knows the other host by its ‘name’. Like, you know Google by its ‘hostname’ or ‘domain name’ i.e. google.com, you don’t have to worry about its ‘IP address’. It is the ‘DNS server’ that resolve the domain name into the IP address.

Coming back to the ARP, as we have said that a sender knows the receiver’s IP address. But, to pass through the physical networks, it requires the MAC address of the target host.

The request packet is then passed to the data link layer. Here, the packet is encapsulated inside a frame. The frame has: 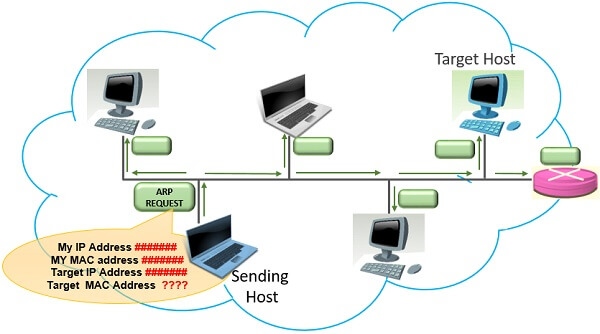 Now, the target host prepares an ARP reply packet with its physical MAC address. This reply packet is unicast to the sending host. 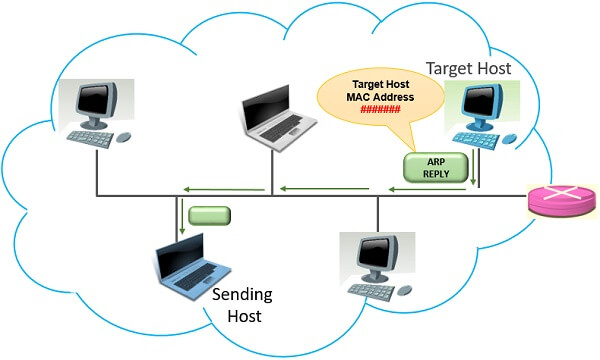 The sender receives the ARP reply message. And thereby now knows the physical MAC address of the target host.

After getting the working of ARP let us discuss the packet format of ARP. The figure below shows the ARP packet format: 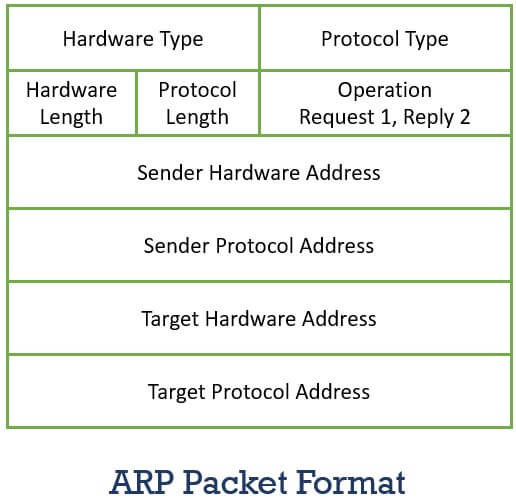 Below we have described the fields of the ARP packet:

The ARP protocol is used with four variations as discussed below:

With this kind of attack, the malicious agents can easily intercept the communication between the computers in the network.