User Interface Design is a process of designing or fabricating the interfaces through which the user can communicate with the computer. The software engineer accomplishes the task of designing the user interface, and they ensure that the user interface is easy to understand, achieves goals, and is suitable, encouraging, and forgiving. 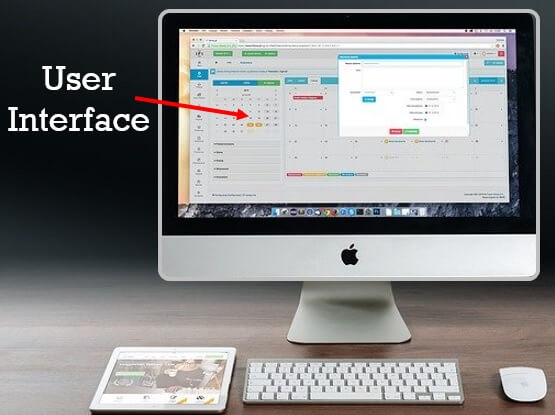 The user interface can be categorized into three types those are:

The command-line interface was the only mode of interaction with the computer in the starting days of computing. Here, the user communicates with the computer using textual instructions or commands. For example, if one needs to delete a file from the system, the command would be:

A very popular example of a menu-based interface is ATM. A user uses menu buttons to select the options from the menu.

Over a period of time, there has been a tremendous evolution in the computer’s user interface. Today’s computer has a high-resolution screen with pointing devices (mouse). The modern-day computer’s interface has windows, scroll bars, text boxes, buttons, icons, and menus. To pick and point out the elements of GUI, we have a mouse.

Graphical user interfaces are easy to learn as compared to the command-line interface. GUI provides multiple windows to the user simultaneously to interact with the system, and it even allows the user to switch between the windows.

The golden rules are as follows:

1. Place the User in Control

If the user has to remember more while interacting with the system, it will be more prone to the error. So, a designed interface must reduce the user’s memory load.

All the visual interfaces of an application should retain throughout all the screen displays.

Overall there are three principles for a user interface design:

And the developer must consider several guidelines while creating the interface

Designing the user interface is an iterative process defined with the help of a spiral model. The designing of an interface starts from the mid of the spiral. 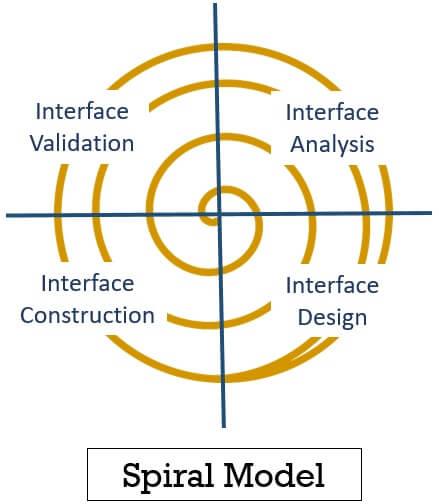 The spiral model encompasses four different frameworks those are:

Before designing any solution, you need to know what actually you have to design. In this framework, you have to study the user’s profile who will use this interface.

The designer must also analyze the environment where the user will interact with the system via an interface.

After completing the interface analysis, the designer identifies the task that the end-user requires. Interface designing is also an iterative process. The designer first identifies the objects and the operations performed on those objects.

So, this was all about the user interface and its design. User interfaces keep on modifying based on the feedback received by their end-users.