Cache Coherence assures the data consistency among the various memory blocks in the system, i.e. local cache memory of each processor and the common memory shared by the processors. It confirms that each copy of a data block among the caches of the processors has a consistent value.

What is Cache Coherence Problem?

For better performance, each processor implements its own cache. Processors may share the same data block by keeping a copy of this data block in their cache. The figure below shows how processors P1, P3 & Pn have the copy of shared data block X of main memory in their caches. 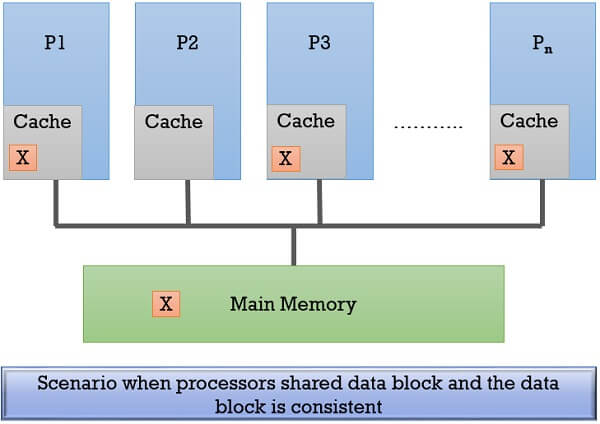 The figure below shows the cache coherence problem in a multiprocessing environment. 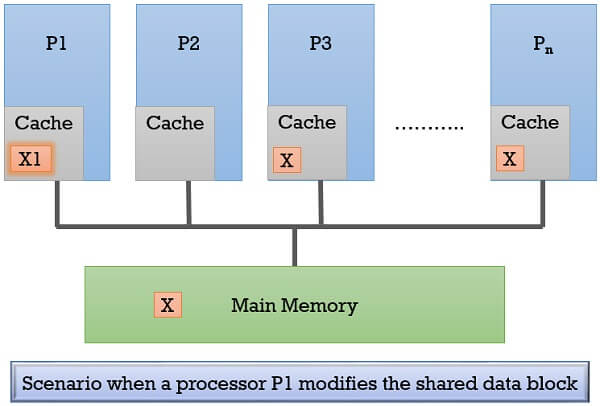 If we talk about the cache memory it is subdivided into a number of blocks. And whenever a processor requires a data block it first checks it in its own cache memory. If it is not there the data is retrieved from the main memory and a copy of it is placed in the cache block.

Let us discuss them one by one:

In write-through protocol when a processor modifies a data block in its cache, it immediately updates the main memory with the new copy of the same data block. So, the main memory here always has consistent data. 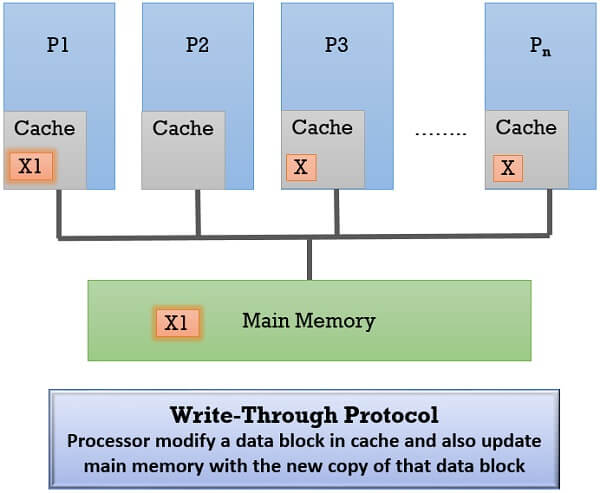 The write-through protocols have two versions and those are:

Let us understand the first version where the inconsistent copies of shared data are updated in other caches.

Now, let us see the second version where the inconsistent copies in other processors caches are invalidated.

This protocol permits the processor to modify a data block only if it acquires ownership. 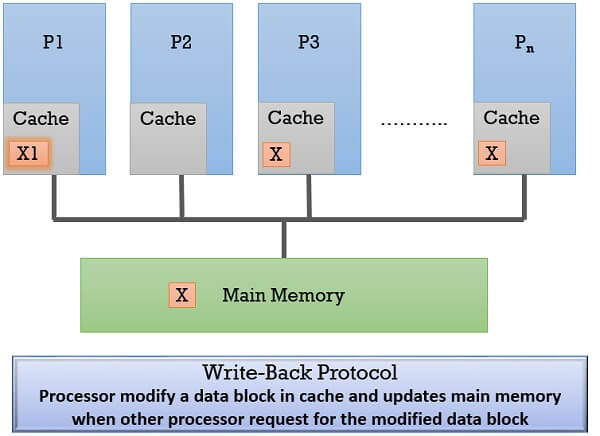 If another processor in the system wishes to modify/write the data block that has been modified. It sends a request to the current owner. The current owner sends the data and control over the block to the requesting processor.

If we implement the cache controller to every processor’s cache in the system, it will snoop all the transactions over the bus and perform the appropriate action. So, we can say that the Snoopy protocol is the hardware solution to the cache coherence problem.

It is used for small multiprocessor environments as the large shared-memory multiprocessors are connected via the interconnection network. 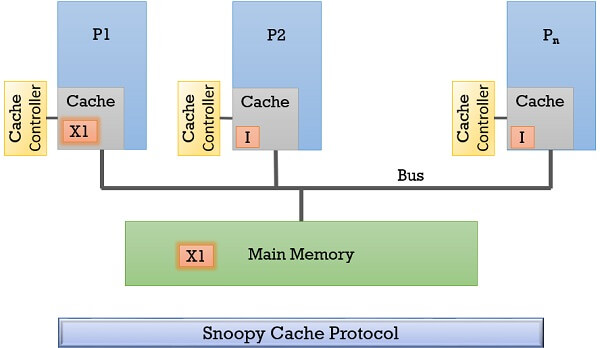 Consider a scenario from write-back, if a processor has just modified a data block in its cache, and is a current owner of the block.

Directory-Based cache coherence protocol is a hardware solution to the cache coherence problem. It is implemented in a large multiprocessor system where the shared memory and processors are connected using the interconnection network. 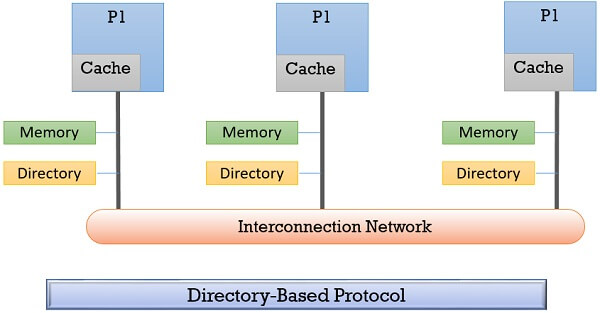 The directories are implemented in each memory module of the multiprocessors system. These directories keep the record of all the actions taken to each data block i.e. whether a data block in the cache of a processor is invalid, or is being modified, or is in the shared state. Due to its cost and complexity directory-based cache coherence protocols are implemented only to large multiprocessors systems.

So, cache coherence is one of the important things to be maintained by the processor. Ignoring it wouldn’t work and will shows disastrous results.