Multithreading Models in Operating System exhibit the ways of mapping the user threads to the kernel threads. Here, we will learn about the three multithreading models, Many to One model, One to One model and Many to Many model.

There is much more to learn about these models. Proceeding further we will discuss each of these models briefly and we will also discuss the relating terms multithreading, user thread and kernel thread. So let’s start. 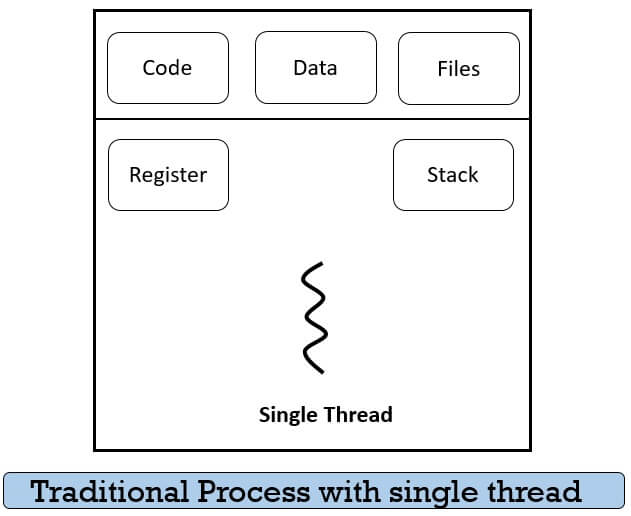 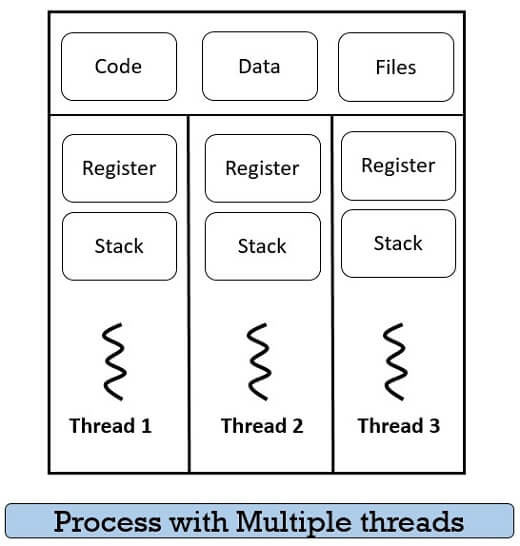 In the multithreaded process, even if one of the thread gets blocked it does not block the execution of the whole process as the processor can schedule another thread for execution. The simplest example of Multithreading is the word processor. The word process runs multiple threads at a time like a thread for displaying the graphics, the other for responding to the keystroke, say one for spell check, one for navigating a word or phrase on the page and so on.

It is the job of the kernel to maintain complete information of the entire process. The kernel also maintains the information about every single thread that is present inside the process.

1. Many to One Multithreading Model

In many to one model, a single user thread can access the kernel at a time. So, the multiple threads can’t run in parallel. In this scenario, if a thread makes a system blocking call the entire process can get blocked. As only one thread has the access to the kernel at a time. 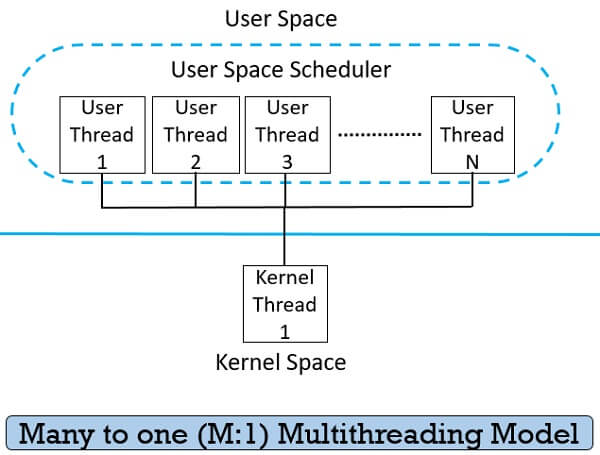 2. One to One Multithreading Model

Here, if one thread makes the blocking system call, the other threads still run. So, when compared with many to one model, the one to one model provides more concurrency. 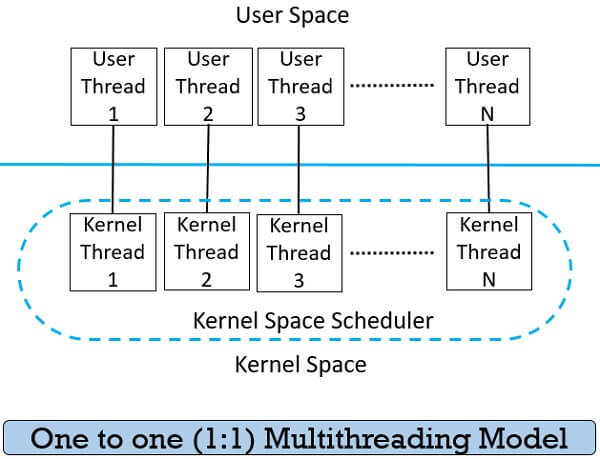 Implementing a kernel thread corresponding to each user thread increases the overhead of the kernel, resulting in slow thread management. So, the operating system implementing this model restricts the number of threads that can be supported by the system.

The operating system, Linux and Windows family implement one to one multithreading model.

3. Many to Many Multithreading Model

Many to many multithreading models in operating system maps many user threads to a lesser or equal number of kernel threads. This model does not suffer from any of the drawbacks of many to one model and one to one model.

Many to many multithreading models does not restrict the number of user thread created. The developer can create as many threads as required. Neither the process block if a thread makes a blocking system call. As the kernel can schedule other thread for execution. 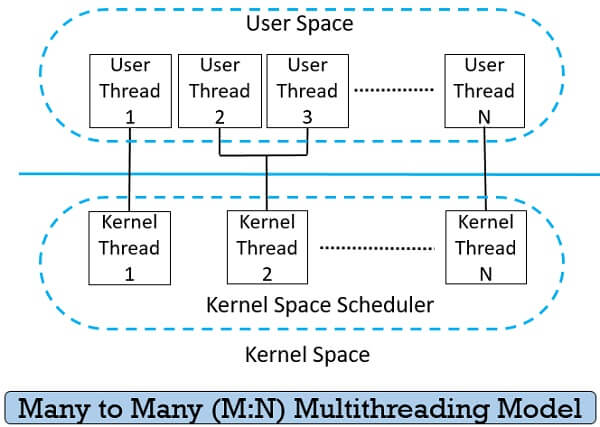 There exist a variation in many to many model, which depicts that there can be a user thread that bounds to a kernel thread. This kind of model in multithreading is referred as the two-level model. This model provides efficient and fast thread management. The version older than Solaris 9 support the two-level model. 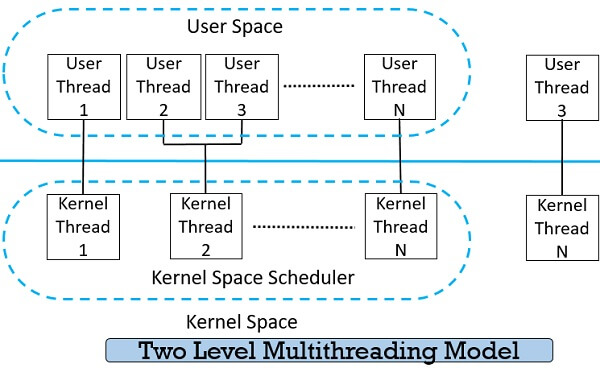