Cloud networking is a kind of network where the cloud hosts all the network resources. However, the cloud can be private, public, or hybrid. The resources provided by the cloud provider are firewalls, bandwidth, and virtual routers. The customer can access these networking resources over the Internet.

Cloud networking leverages the organization in extending its computing infrastructure that improves its services at a reduced cost. Let’s proceed with the content.

What is Cloud Networking?

These resources are in different locations and shared over the network. 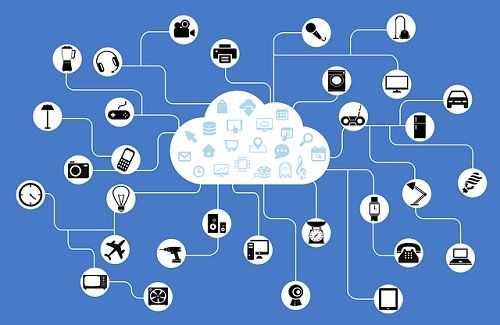 Why is it Required?

How does it Work?

Cloud networking is nothing but the IaaS service offered by cloud computing. Here the cloud provider offers you all the networking capabilities and resources. They provide these services on demand, and you can pay-as-you-go over the Internet or any dedicated network.

As the cloud network is set up using the cloud services, it sets up differently depending on the kind of services offered by the provider.

How Secure is Cloud Networking?

The cloud networking resources are hosted by a third-party provider that we refer to as a cloud provider. So as the host is a third party, security is a major concern when opting for cloud networking. Because all your data, may it be a file, photo, video, etc., is stored on a server that’s beyond your control. And you are totally unaware of how vulnerable these servers are to attackers.

We can classify cloud networking into two types, as discussed below:

How Cloud is Changing Traditional Networking

Cloud networking is continuously evolving and creating new challenges for network architects. The main concern of every network user is that they can have reliable, fast and secure access to the application or data they use daily.

Traditional Networking is secure because the data owner has complete control over it and its transmission. But for the traditional networking model, we have to purchase the entire setup for Networking, such as hardware & software, and update them regularly. Buying and maintaining the entire setup can be tedious even for the big companies with skilled IT teams.

Thus, a cloud came up with solutions to the problems of traditional Networking. With cloud networking minimum of the user-owned resources are involved. All the network resources, i.e., hardware and software, are in the cloud environment.

So, this is all about cloud networking, where the cloud providers host the entire network resources. Cloud networking is an IaaS service.